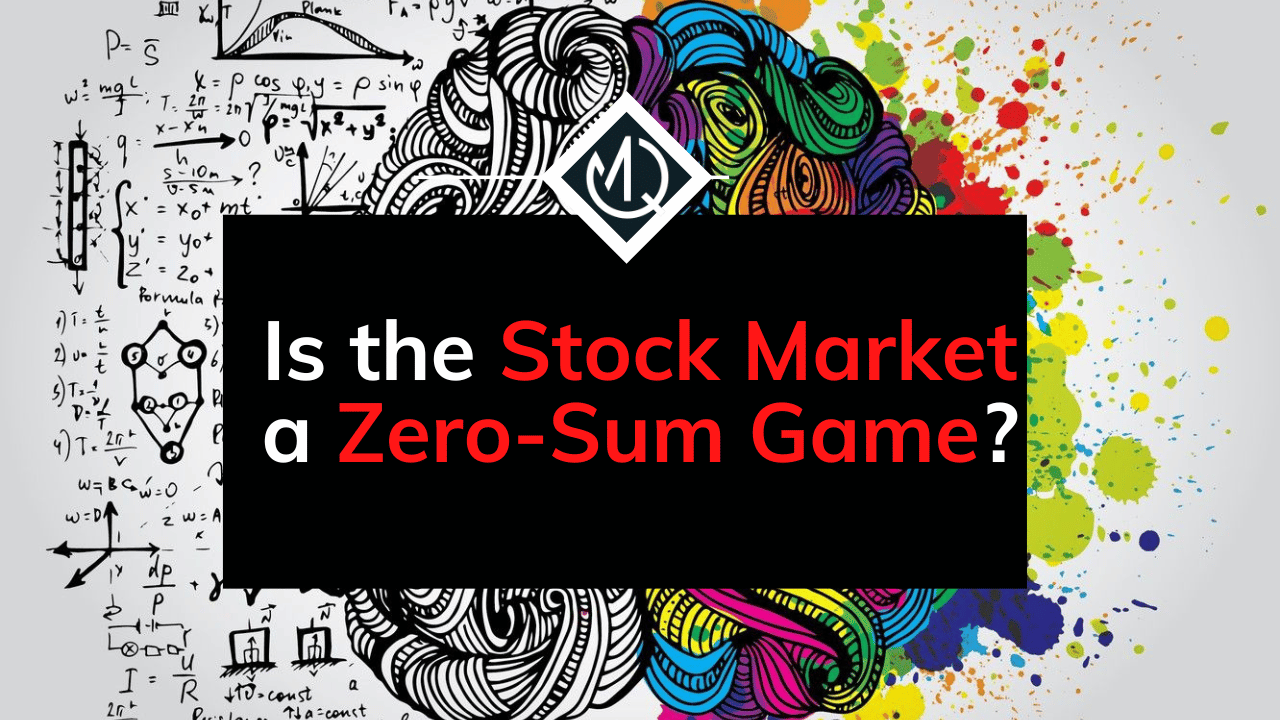 Is the Stock Market a Zero-Sum Game?

When people first face the stock market, they only see two buttons on the screen: a green one that read “BUY” and a red one with the label “SELL.” Thus, they conclude that they are dealing with a zero-sum game and that for someone to win, someone else has to lose that exact amount.

Luckily, we eventually found out that financial markets a more nuanced. In this article, I’ll briefly review the cases in which stock markets can be either negative, zero, or even positive-sum games.

If you want to know the short and concise answer, here you go:

Whether or not the stock market is a zero-sum game depends on the time horizon. Since the S&P500 yielded an average yearly return of 10.7% since 1957, long-term investment is considered a positive-sum game. High-Frequency-Trading and Day Trading, on the other hand, are zero-sum games.

Now that we’ve covered the short answer let’s get our hands dirty with the details!

Is the stock market a zero-sum game?

A zero-sum game is a situation where the sum of the gains and losses of all agents involved adds up to zero.

Naturally, the stock market is more complicated than that. It is an ecosystem with different types of agents exchanging a broad range of financial assets.

If it were a game in which someone had to lose for someone else to win, the stock market would not be able to increase in value over time. For it to be a zero-sum game, it would require to either stay stagnant or periodically converge to a given value, which of course, is not the case.

The S&P 500 index has increased in value by roughly 10.7% annually since its introduction in 1957. This is a clear example that the stock market can be a positive-sum game. Although there are gains and losses over the short term, when we look at more extended periods, there is an increase in value.

But from where comes this added value? Since stocks represent ownership in a company, they are, on aggregate, positively correlated to the economy. Economic growth has a positive effect on financial markets, and this is reflected in companies paying dividends and increasing market capitalization.

However, there is a difference between long-term investing, intraday trading, and high-frequency trading.

As previously mentioned, the stock market is not a zero-sum game in the long-run, since there is actual value creation. A stock market is a place for investments in businesses, investments that encourage them to grow. This translates to an increase in the valuation of that business, which leads to actual value creation and wealth addition in the stock market. When you buy a share of a company’s stock, you buy a percentage of equity.

For Example, the NIFTY (Indian Stocks) increased 2.4X during the 10 years between 2010 and 2020. We can find many other stocks with similar increases or even bigger ones. This proves that, in the long term, investing is a positive-sum game.

Imagine a phone manufacturer raising capital to fund a new product line. It chose to sell a total of 3 shares of company stock to 3 investors (1 share/investor) @ $5 / share.

By efficiently assigning these newly raised $15, the company launched the new product, which turned out to be a huge success. Due to the successful product, the company is now valued at a much higher price, not only because of its cash flow but also because of its future growth potential. To keep things simple and unrealistic, let’s assume the market capitalization of the company values, leading to each share being worth $10.

Every investor benefited from this new product launch. There were no investors who lost, and each agent made a profit of $5/share. This is a clear example of a positive-sum game.

We chose this hypothetical scenario to be a happy one, but it could very well have been a sad one: if the new product flopped, everyone would have lost: the new investors, the founders, and perhaps even the few clients who chose to buy the product. This would be a negative-sum game, and the sum of the total allocated resources is greater than the value created.

The stock market becomes a zero-sum game when we engage in short-term trading. A perfect example of these situations is when trading options contracts in particular or most derivatives in general. An options contract is an investment that allows you to buy or sell financial security within a time window. Options contracts can be either:

It is very important to understand that option contracts do not represent direct investments into companies. Without going into too much detail, their value depends on multiple factors, such as the underlying asset price.

In these markets, the profits (losses) of one party perfectly mirror the losses (profits) of their counterparty. In fact, if we account for brokerage commissions and exchange fees, the agreement between both parties becomes a negative-sum game.

High-frequency trading also referred to as HFT, is a method of trading that uses computer programs and highly efficient algorithms to execute orders with as little latency as possible. Current state-of-the-art HFT algorithms can execute a trade under 40 microseconds (0.00004 seconds). The traders with the most powerful computers and with the fastest execution speeds are more profitable than traders with less powerful calculators and with slower execution speeds.

Due to the nature of these algorithms, they operate at a time horizon where no notion of intrinsic value is relevant. They improve liquidity and reduce the bid-ask spread. Despite that, it is considered to be a zero-sum game.

What is a zero-sum game?

A zero-sum game is a game where one participant’s profits are symmetrical to the other participant’s losses. In other words, the ownership of the resources might change, but no additional value is generated.

Consider the game of Poker, in which the total money in the pot only exchanges hands. The profits of one player are precisely equal to the losses of all the remaining people on the table.

It is a situation in which the total value at stake remains the same.

A negative-sum game is a situation that destroys value, at least partially. It doesn’t necessarily mean that everyone losses, but the sum of the losses exceed the sum of the profits.