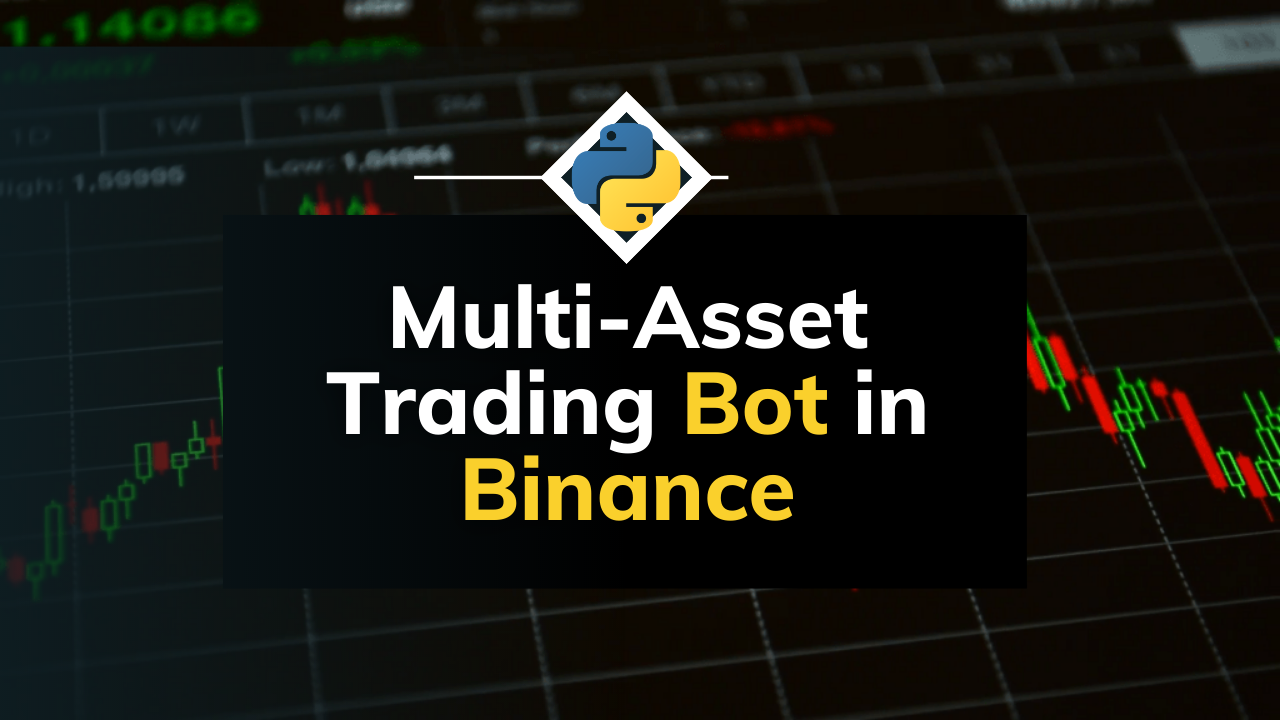 Build a Multi-Asset Momentum Cryptocurrency Bot with Python and Binance

With every year that passes, we keep getting surprised about the growth of the cryptocurrency market, not only in terms of its market capitalization but also in popularity amongst the general population. There are only a handful of topics nowadays that get discussed more passionately by almost anyone.

As a consequence, this decade will probably be remembered, amongst other notable events, by cryptocurrency trading and crypto speculation in general. It is still in a relatively unregulated environment and having access to crypto exchange is as easy as it gets.

Currently, a non-zero percentage of the population is searching for a strategy that will allow them to quit their jobs and retire. In order to do so, they resort to various overfitting and finding patterns with a level of scientific rigor that would blush astrologists. A more reduced group of people is learning how to code, backtest, and via statistical methods find trading rules that will lead to an edge. This article is geared to this second group.

We will get familiarized with the Binance API and some of its quirks in order to later implement a live and automated trading strategy. By the end of the tutorial, we will have created an algorithm that trades multiple assets at once, checks our current position on each asset, buys or sells based on recent price changes and the MACD.

In order to not put real money at risk, we will resort to Binance’s Testnet, a secondary exchange with paper money whose sole purpose is to be used as a sandbox. Let’s get started!

In order to get started, you first need to go to the Testnet Website and create your account. Unlike Binance itself, the registration does not require any sort of documentation, so it is just a 10-second process. Click on “Generate HMAC_SHA256 Key” and copy the API Key and the Secret Key.

Move to a Jupyter Notebook or create a blank python file and import the required libraries and also paste the previously obtained keys. Before doing so, fire up the terminal and make sure you have the following libraries installed in your local environment:

Getting to know the Binance Library for Python

Get historical data from Binance

Now that you have everything set up and running, let’s connect to the API with our credentials and fetch some fresh historical data:

You will notice a few suboptimal things. First, the get_historical_klines uses a very inconvenient notation for specifying the start date that we want. Additionally, the output is not only given as a list of lists, but we also don’t know the column names beforehand.

You can go ahead and also change “hour” to “day”, but keep in mind that it will take some time to fetch a few days of 1-minute data. Unlike regular stock markets, cryptocurrencies are traded 24 hours a day and 7 days a week.

In the following step, we load everything into a DataFrame, correctly name the columns, change the timestamp to datetime objects, and finally set the Open Time as our index.

Let’s start by creating an order. Remember that we are using the Testnet and that these assets are not real cryptocurrencies.

Let’s see if we have orders pending to be filled:

Most probably than not, the last call returned an empty list. This is because our first order already got filled and is thus not pending anymore. But, if we want to get the previous orders that we made, we can use the following function:

If we want to see our current balances, we can use the get_account function. In order to format the output in a friendlier fashion, we will use the JSON library.

Most of the building blocks required to build our algorithmic strategy are already covered, so let’s get right to it!

Creating a trading bot in Binance

Our algorithm should not be used for trading since I did not previously do any backtest. Regardless of that, it is a very interesting script since it covers some interesting features, most notably that it trades multiple assets at once!

Since it has a few moving parts at once, we will first create a few functions and create a prototype for the one asset case. Moving to the multiasset strategy is then an easier step to do.

Our strategy will buy whenever we do not currently hold a position, and both the MACD and the 30-Minute price change are positive. Conversely, we will sell when we already hold a position and both indicators are negative.

Useful functions for the algorithm

Let’s start by creating a function that will return the MACD of the closing price. In order to see what it does, I’ll also go ahead and plot it (I loaded more hours into the dataframe in order to make the graph more interesting).

Moving on, now it’s time to add a function that will get the historical 1minute bars of a given asset. Notice the distinction I make between an asset (‘BTC’) and a symbol (‘BTCUSDT’). The function is just a wrapper of the previous script we created to fetch data.

Prototype of the trading bot

Finally, we can create a prototype of our strategy for the 1 asset case. Notice that we do not yet place real orders, but just refrain to printing the desired behavior.

We will use a list of dictionaries that will hold the information for all the assets that we are going to trade. The order size was set for every asset in order to be roughly equivalent to 100USDT. If you want to add other cryptocurrencies, keep in mind that the Testnet only has a reduced number of symbols available (use api.get_all_tickers() in order to list them).

We keep track of the strategies holding in the dictionary instead of via the get_accout function in order to avoid selling holdings that we might already be holding in our portfolio.

Thanks to our previous prototype, extending the logic to a multi-asset scenario is a simple implementation.

If you’ve reached this far, you now have a greater understanding of the logic behind the implementation of a trading algorithm. You have also learned how to avoid some common pitfalls that are not unique to Binance but to algorithmic trading itself! Having this script as a template to implement your own trading ideas is going to prove helpful on your trading journey.

As a final note, I cannot overstate the importance of really knowing the behavior and the metrics of an algorithm you created. If you decide to use real money on one of your strategies, please backtest your idea thoroughly before doing so.